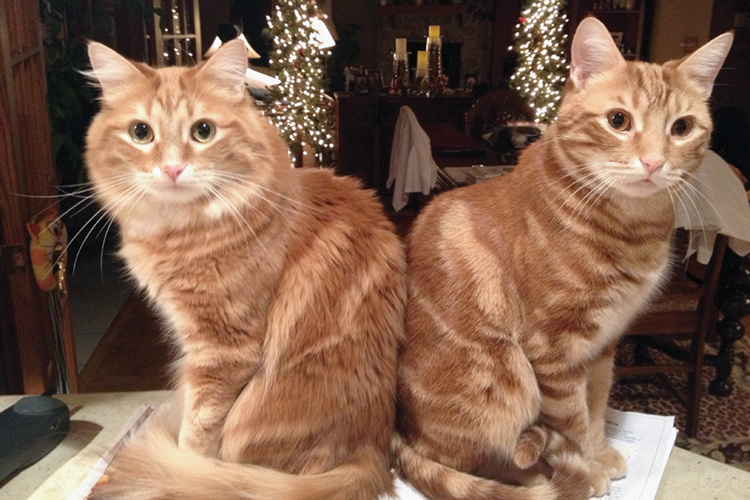 “It all starts with the cow,” says Janet Raddatz, who recently retired as vice president of quality and food safety systems at Sargento Foods Inc., headquartered in Plymouth, Wisconsin. “The quality of milk produced is directly related to the health of the animal, and the vet school plays a critical role in that.”

At Sargento, Raddatz worked with over a hundred cheese suppliers across the state and the country. Her knowledge of the dairy industry runs deep, as does her involvement with the UW School of Veterinary Medicine (SVM). Since 2006 she has served on the school’s Board of Visitors, lending a unique business perspective while gaining new insights into the SVM’s impact on food production. “Everyone has a role to play along the supply chain — the key is in helping each other out,” she says.

These two worlds perfectly intersected recently when Raddatz helped coordinate a forum, hosted at Sargento, on the value of public-private partnerships in the food supply chain, part of a daylong series of events and farm tours with local legislators in Sheboygan County that spotlighted School of Veterinary Medicine connections to Wisconsin farms and food producers. The roundtable discussion included local veterinarians, cheese procurement and sales representatives, SVM faculty and food safety experts, and dairy farmers that the school has consulted with and assisted, who spoke passionately about the role that the SVM and its Dairyland Initiative play in supporting the health and efficiency of their herds.

“Many of the folks around the table didn’t realize the full extent of involvement that the vet school has in dairy herd health across the state,” says Raddatz. “I found the experience so gratifying. Walking out it felt like my two families were finally meeting — my vet school family and my work family. I could feel the synergy and felt a swell of pride for both.”

Raddatz’s introduction to the SVM came in 1992 when she first brought her cat, Ambrose, to UW Veterinary Care for treatment for luxating patellas, a rare feline condition where the kneecap dislocates or pops out of its normal location. Ambrose was the first feline to have corrective surgery for the condition at the teaching hospital. As his health began to fail in old age, a serendipitous event brought new companions into the lives of Janet and her husband Andy.

“A few weeks before our beloved cat Ambrose passed, a young cat came out of the woods with a litter of nine kittens to take up living on our porch. Watching over the kittens and letting go of Ambrose was a precious time,” Janet recalls. The couple kept two kittens from the litter, Bella and Otto, to join their two other cats, Helena and Bradshaw.

In early 2000, when another Raddatz cat, Ivan, faced diminished kidney function, they turned to their local veterinarian, alumna Patricia Connors-Scherer DVM’87. “She went above and beyond in caring for him,” says Janet. This inspired the couple to show their support to the school. “Our first gift was to the Companion Animal Fund for feline kidney research in honor of Ivan, who passed in 2002.”

Based on more gratifying experiences with the SVM and its alumni, Andy and Janet worked with school development staff to set up a planned gift, including the SVM in their estate plans.

“Over the years we’ve been increasingly impressed by all the wonderful work the school does, work that goes far beyond caring for cats,” says Janet. Now the couple directs their gifts to the SVM’s general discretionary fund, no longer feeling the need to name a specific fund. “We’ve come to trust leadership to make the right decisions for the students, the school, and the animals in their care.”

From 10-pound cats to 2,000-pound cows, the Raddatzes continue to support the school in large and small ways. For nearly 20 years, for example, they have sent about 40 of the SVM’s annual holiday cards to friends and family in their pets’ names. “Everyone gets a kick out of it,” Janet quips. “It’s a surprisingly easy way to raise awareness and contribute.”