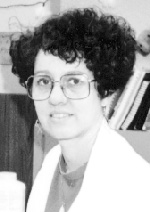 The molecular biology of bacterial pathogens of medical and veterinary importance. This laboratory studies the molecular biology of bacterial pathogens of medical and veterinary importance. The major objectives are to identify the environmental signals which stimulate virulence factor expression and to understand the molecular mechanisms which control their expression. Currently, we are studying the regulation of virulence factor production by Pseudomonas aeruginosa and the regulation of hemolysin production by the porcine pathogen Actinobacillus pleuropneumoniae. To understand the mechanisms which control synthesis of several P. aeruginosa virulence factors, we are characterizing the vfr gene, a homolog of the E. coli crp gene, a transcriptional regulator. Vfr regulates the production of exotoxin A, several proteases, a non-hemolytic phospholipase, and the quorum sensing regulators LasR and RhlR. A. pleuropneumoniae produces several hemolysins/cytotoxins that are related to the RTX hemolysin family which includes the E. coli alpha-hemolysin. Our goal is to identify the environmental factor(s) which regulate hemolysin expression and to define the molecular mechanism which controls its production.

Veterinary Bacteriology - A lecture and laboratory course covering general bacteriological principles, identification of bacteria, and specific veterinary pathogens and the diseases they cause.