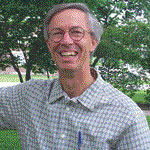 Host-Microbe Interaction and Pathogenesis Immunology Human brucellosis is characterized by undulating fever, which if untreated, may result in localization of bacteria in various tissues leading to chronic disease with serious clinical manifestations. Brucella melitensis, a facultative intracellular pathogen, is the most frequent cause of human brucellosis. Several genetic and molecular approaches have been used to identify genes required for Brucella survival and multiplication in the intracellular niches of phagocytic as well as non-phagocytic cells. While several virulence factors have been identified using in vitro models, because of the complex microenvironment of the host many of these factors may have little or no in vivo relevance. Our laboratory is focusing on two active areas of Brucella-host interactions. First, we have used comparative genomic analysis of Brucella species whole genomes to identify factors that may be responsible for differences in host preference and virulence restriction. Using a genomic microarray of Brucella melitensis, hybridization of genomic DNA from five different Brucella species revealed ORFs altered in five Brucella species. These ORFs were often found in clusters (islands) in the B. melitensis genome. Examination of the genomic context of these islands suggested that many are horizontally acquired. Deletion of selected genomic islands from virulent B. melitensis leads to attenuation. Identifying particular genes within the islands that contribute to the phenotypic change are under active investigation. Second, despite progress in mouse models of brucellosis, much remains unknown regarding dissemination and tissue localization of Brucella during pathogenesis. We have applied bioluminescent imaging using EZ::TN/lux to gain greater insight into Brucella pathogenesis to identify the dynamics of acute and chronic infection in real time. Virulent bioluminescent Brucella was found to replicate in the salivary glands early following infection suggesting a previously unknown tissue preference. Establishing a niche in this region may have relevance in humans where infection can result from ingestion of few bacteria. Chronic Brucella localization occurs in tail joints, an infection parallel to osteoarticular brucellosis in humans. Importantly, bioluminescent imaging can rapidly identify attenuated EZ::TN/lux mutants in infected mice and can reveal differences in dissemination. Mutants differing in pathogenesis can define the contribution of Brucella genes to virulence and tissue localization. We are identifying Brucella genes that contribute to its unique survival strategies in the mammalian host. Our approach facilitates identifying virulence determinants that may control tissue specific replication and may help develop therapeutics to overcome Brucella-induced chronic debilitating conditions. Lab Members Linda Eskra Jerome Harms Angie Mathison Erik Petersen Gireesh Rajashekara Qiqi Yu