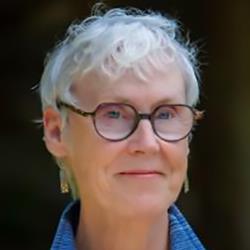 The Role of Age and Gender in Sleep-Related Breathing Disorders
Very little is known about the effects of age on regions of the brain and spinal cord that are involved in the control of respiration. We believe that aging results in structural and functional changes in these respiratory control areas that may predispose people to breathing disorders. Moreover, we hypothesize that age-associated changes in respiratory areas of the brain and spinal cord are quite different in men and women.

I am particularly interested in the role of the neurotransmitter serotonin in the control of breathing. We have found that in male rats with increasing age, serotonin levels decrease in areas of the brain that help to keep the upper airway functioning normally. In contrast, these changes are not seen in aging female rats. In other studies on rats, we have recorded an age-associated decline in the normal response to episodes of hypoxia in male rats. Once again, similar changes were not seen in female rats. These data led us to conclude that aging has a gender-specific effect on how serotonin can modulate the respiratory control system. For over a century it has been known that fluctuations in female hormone levels associated with the estrus cycle and with pregnancy have profound effects on breathing, and recent evidence supports a role for the female gonadal hormones, estrogen and progesterone in the neural control of breathing. The male gonadal hormone testosterone may also be involved in the control of breathing, as it can be converted to estrogen in the brain. Gonadal hormone levels decline with age. We believe that there is a link between increasing age, levels of gonadal hormones, serotonin, and the neural control of breathing. Recent results from our laboratory show that levels of serotonin in brain regions involved in the control of breathing fluctuate during the rat estrus cycle, and decrease following gonadectomy. The responses of the respiratory system to episodes of hypoxia also change with hormone levels in both male and female rats. Taken together, our data support the hypothesis that gonadal hormones play a critical role in the maintenance of respiratory function with increasing age through their action on the serotonergic system in the brain. Preliminary studies suggest that manipulations of gonadal hormone levels can reverse or delay the age-associated changes in the neural control of breathing. These studies provide a better understanding of the age and gender-related contributions of the serotonergic system to sleep-associated breathing disorders such as obstructive sleep apnea (OSA). OSA is an age-associated disease that is far more prevalent in men than women, and also more prevalent in women after menopause who are not taking hormone replacement therapy.

Hibernation presents a natural model of extreme physiology. The 13-lined ground squirrel (Spermophilus tridecemlineatus, a “local” species) displays seasonal neuroprotection of cardiorespiratory circuits in the brain. During torpor, these animals maintain a body temperature at or slightly above freezing and reduce their heart rates and respiratory rhythms by 99%. The major focus of this project was to understand the neuroprotective changes that accompany the hibernation phenotype. Departmental colleagues, Drs. Hannah Carey and Steve Johnson collaborated with us on this project.

The Acute Effects of Light on Sleep-Wake Behaviors
Abrupt changes in lighting conditions have a profound effect on behavior, regardless of whether these changes in illumination occur during the day or the night. What components of the visual system are involved in mediating the effects of acute changes in lighting on sleep patterns? In collaboration with Dr. Ruth Benca, we explored this question. Our initial findings indicate that the superior colliculus and pretectum are involved. In particular, removal of the pretectum eliminates the characteristic REM sleep triggering response that is seen in albino rats following a light-to-dark transition. Using FOS immediate early gene expression, we have localized neurons in small regions of the pretectum that are active during acute light-dark transitions. Some pretectal nuclei are particularly responsive at midnight, others at midday, suggesting that the illuminance detection system is linked to the circadian system. We next asked the question: does rearing rats in continuous dark or continuous light have an impact on sleep, or on the response to acute changes in lighting conditions? Preliminary findings from dark-reared rats show a reduced retinal input to subcortical visual structures. Interestingly, these rats show no changes in overall sleep and wakefulness. However, they do show enhanced REM triggering in response to light-dark transitions, suggesting that disturbances in illumination during development have lasting effects on aspects of sleep-wake behavior. We hope these studies will lead to a better understanding of how light affects normal individuals as well as those with seasonal depression, and pre-term infants that have been exposed to continuous illumination in hospital settings.