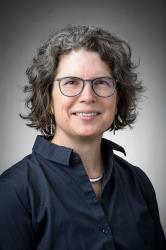 The central theme of my research program is to further the understanding of the virus-host interaction. By understanding this interaction, new therapies and vaccines can be developed. In particular, I study the pathogenesis of arthropod-borne viruses, including the flavivirus, West Nile virus (WNV), a significant cause of human disease in the United States. I use molecular virologic techniques in combination with in vitro and in vivo models to ascertain the steps in the disease process and to understand mechanisms of virulence or attenuation. My current research falls into four major areas. One research area is to understand how WNV causes disease, including the effect of the virus on the immune and nervous systems during the initial infection and after recovery. My laboratory fully characterized a mouse model of West Nile disease and discovered that mortality correlates with the destruction of lymphoid tissues early in infection. We also found that infectious virus persists in the brain and spinal cord for up to four months in survivors of WNV infection.  These results have implications for long term effects in humans recovering from West Nile disease, in organ transplantation, and in how WNV persists in nature across transmission seasons. Another research area lies in identifying genetic determinants of viral virulence and attenuation and ascertaining the mechanisms. I have identified attenuating mutations in WNV, which are possible future vaccine candidates. A third research area focuses on the interactions of the mosquito, virus, and the vertebrate host. I have found that mosquito saliva affects early viral replication in the host and will next focus on the mechanisms involved. Finally, I collaborate with other groups on the development of new therapies and vaccines, which have the potential for use against multiple flaviviruses.

I am the director of the Veterinary Virology course for second year veterinary students. In addition, I give various lectures in the SVM and UW campus. My primary responsibility is research in virology with an emphasis on arthropod-borne and emerging viruses.

I have trained numerous graduate students, post-doctoral fellows, and other research fellows in my laboratory. My philosophy is to teach students and post-docs to become independent scientists through guidance and collaboration with other members of the laboratory. A research career takes dedication and hard-work, but it is fun, creative, and highly rewarding. I try to instill this love of science in my trainees.