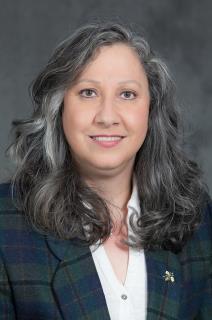 Microglia (CNS resident immune cells) display extraordinary cellular plasticity to support their role in every aspect of brain health and disease. With activities ranging from resting surveillance, to inflammatory activation, to neurotrophic/reparative activities, microglia participate in protecting and repairing the CNS during injury or disease. However, when their activities become dysregulated, they can contribute to neurodevelopmental disorders, and exacerbate ongoing neurodegenerative pathology. Hypoxia is a common co-occurrence in many CNS diseases, yet we understand very little about how hypoxia modifies microglial responses to neural insults or disease processes. We use a rodent model of chronic neuroinflammation that is induced by intermittent hypoxia, an aspect of sleep disordered breathing. Most recently, we have become interested in how fetal exposure to intermittent hypoxia during pregnancy impacts offspring brain development and function. We study the role of epigenetic modifications to DNA and histones, and the function of microRNAs in offspring microglia, and focus on how resulting alterations in microglial activities impact neuroplasticity and neural function, including breathing disruption and cognitive behaviors. A key aspect of our research centers on understanding differences between male and female microglial responses, and how these sexual dimorphisms influence CNS function and neuroplasticity. We suggest that early life exposure to intermittent hypoxia may reprogram microglia in the developing central nervous system, predisposing to aberrant immune responses and neural disease later in life, many of which are sexually dimorphic. Our research goal is to better understand the aspects below in order to identify novel therapeutic targets to treat neural disorders.