In 2019 the UW School of Veterinary Medicine Alumni Advisory Board launched an alumni awards program to recognize graduates who have made signiﬁcant contributions to society and whose accomplishments, affiliations, and careers have honored the legacy of excellence at the school. Congratulations to the inaugural award winners: 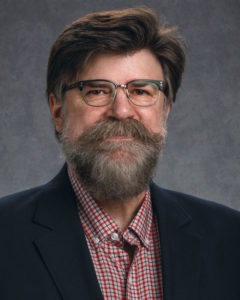 Terrence Clark is a 1987 graduate of the UW School of Veterinary Medicine. He serves as president and chief executive officer of Nexcyon Pharmaceuticals, a company he co-founded in 2008. There he has led the development and approval of several veterinary pharmaceuticals commercialized through various business partners.

Following graduation from UW, Clark completed an internship at Oklahoma State University and practiced veterinary medicine for two years in Arizona. After completing a doctorate in biomedical science at Auburn University, he remained as an assistant professor of pharmacology, advancing research in basic and clinical endocrinology and pharmacodynamics. He also served as director of the university’s clinical pharmacology laboratory.

From there, Clark served in roles of increasing responsibility at Pfizer Animal Health and Eli Lilly and Company, leading or contributing to the development of numerous veterinary pharmaceuticals. He has mentored veterinary and graduate students and residents, and continues to teach at schools of veterinary medicine. He has presented and given continuing education talks at numerous national and global conferences and has published 80 peer-reviewed research papers, book chapters, or review papers. He also holds two patents for novel transdermal drug delivery.

Clark has contributed to organized veterinary medicine through service on various committees, including the American Academy of Veterinary Pharmacology and Therapeutics, U.S. Pharmacopoeia, American Association of Pharmaceutical Scientists, and American College of Veterinary Clinical Pharmacology (ACVCP). He is a Diplomate and past president of ACVCP.

Clark has maintained a professional and personal connection to the UW School of Veterinary Medicine, including supporting residency and graduate programs in clinical pharmacology. Since 2014, he has served on the school’s Board of Visitors. 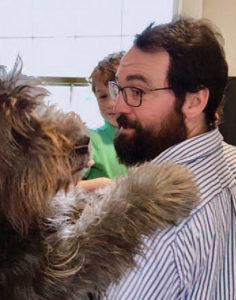 Ryan Wallace is a veterinary epidemiologist within the National Center for Zoonotic and Emerging Infectious Diseases at the U.S. Centers for Disease Control (CDC). Currently, he is deputy director for the CDC One Health Office. In this role, he is leading the implementation of surveillance of SARS-CoV-2 (the novel coronavirus that causes COVID-19) in animals in the United States and advising on public health policies related to One Health.

Wallace began his career in public health in 2004 at the Wisconsin Department of Health and Family Services, working on projects to improve refugee access to healthcare. In 2006, he received his master’s of public health from Emory University with a focus on epidemiology and in 2012 his doctorate in veterinary medicine from the University of Wisconsin–Madison.

Wallace joined the CDC rabies program in 2012 and trained for two years with the center’s Epidemic Intelligence Service, a post-doctoral training program in applied epidemiology for health professionals. For the past eight years, he has led the Rabies Epidemiology Unit at CDC, while also serving as a World Health Organization expert consultant for rabies and director of the CDC World Organization for Animal Health rabies laboratory.

He has led numerous domestic and international zoonotic disease investigations pertaining to human deaths and animal disease outbreaks. Wallace spends the majority of his time implementing disease surveillance systems in low-resource countries and improving understanding of how interspecies relationships impact the spread of rabies. In his free time, he enjoys camping and hiking with his wife, three children, and two dogs.