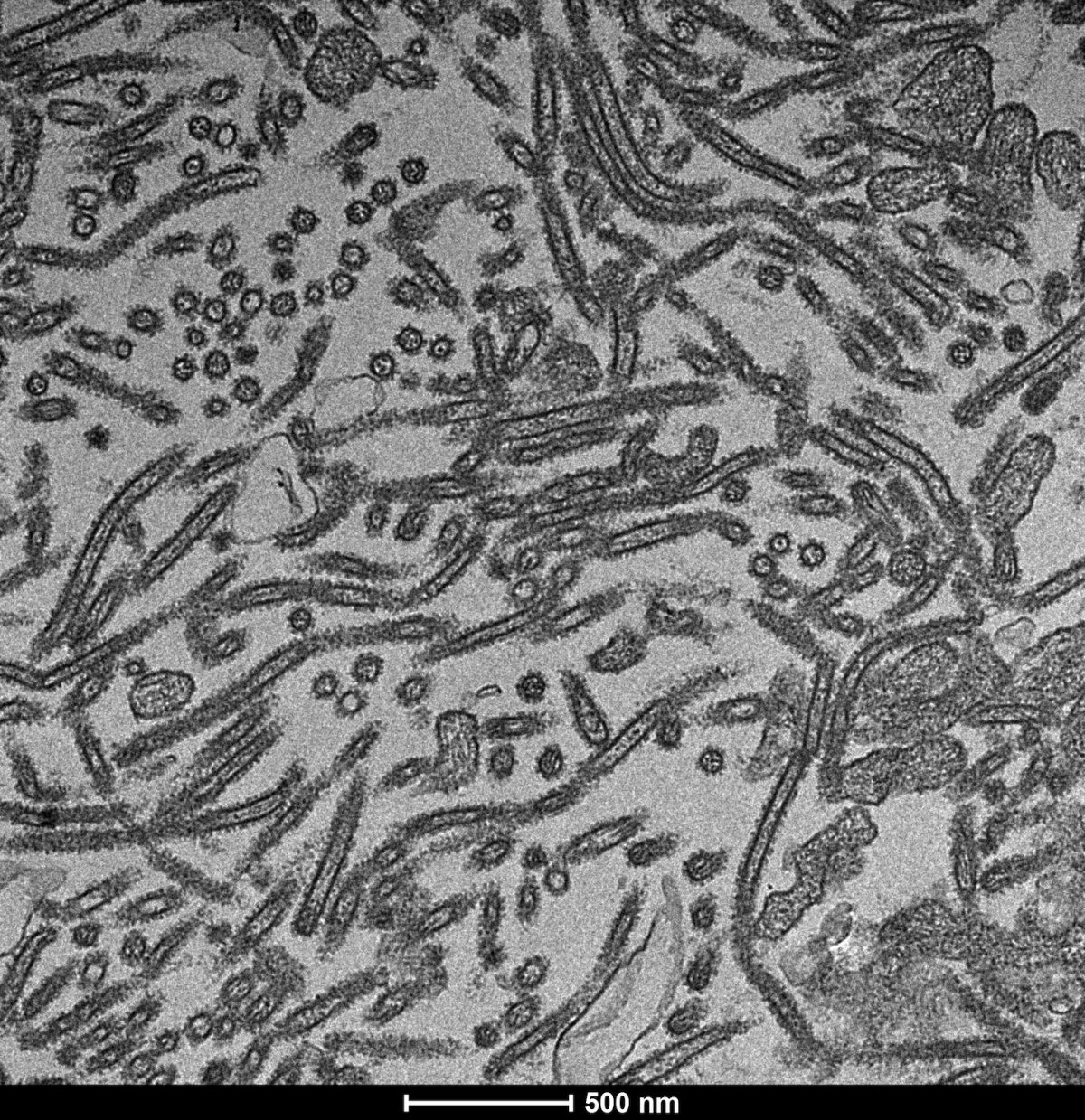 In late March 2019, the World Health Organization and a vaccine advisory committee of the Food and Drug Administration selected the final influenza strains to include in the vaccines produced for the next flu season. These include H1N1, influenza B, and H3N2 viruses.

The goal is to find the best match between the vaccine and the influenza strains most likely to be circulating in the environment, particularly because flu viruses frequently mutate and can differ across time and from region to region. One common problem, however, is that the viruses chosen for vaccines often mutate in the process of production, creating mismatches between seasonal flu viruses and the vaccine in any given flu season. This has been a particular problem with H3N2 viruses.

But a new technology developed by the University of Wisconsin-Madison’s Yoshihiro Kawaoka may make H3N2 vaccine development a bit easier. In Nature Microbiology today [April 29, 2019], Kawaoka and his team describe a new cell line that enables better growth of H3N2 for vaccine use. The virus is also far less likely to mutate during production using this cell line, improving the chances of a match between vaccine and circulating influenza viruses.

Kawaoka has already provided the cell line to public health agencies for testing influenza samples from patients and for testing the effectiveness of antiviral drugs against the circulating strains. He is also providing them to a UW-Madison graduate, Bharat Biotech CEO Krishna Ella, based in Hyderabad, India, for the company’s work developing cell-based flu vaccines.

Kawaoka says the cell lines will be validated for vaccine use, and the Wisconsin Alumni Research Foundation has filed for a patent.

Flu vaccines work by arming the human immune system with the ability to recognize flu in the environment so that it can fight off infection. Viruses that mutate during vaccine production can lead to a less adequately prepared immune system. Limiting mutations in vaccine viruses is important for producing vaccines that work well.

While influenza viruses used for vaccines are usually grown in eggs, some are grown in specific cell lines such as MDCK (Madin-Darby canine kidney). But H3N2 is different: “H3N2 viruses – the most important human viruses among the four strains circulating – do not grow well in eggs or even in MDCK cells, which are most commonly used for influenza virus propagation,” says Kawaoka. “H3N2 causes epidemics more often and causes more severe disease in humans.”

Flu viruses infect cells by attaching to docking stations called receptors on the cell surface. Cells in birds, which also can be infected by flu viruses, and human lung cells each have the kinds of receptors that flu recognizes, though they are slightly different in each species. This can affect how well an influenza virus attaches to and makes copies of itself inside cells.

In 2005, Kawaoka’s research group at the University of Tokyo, where he is also a professor of virology, modified MDCK cells to include more humanlike receptors. These cells, called AX4, better supported the growth of influenza. However, H3N2 viruses acquire mutations in these cells, too.

For the new study, Kawaoka’s team modified MDCK cells by overexpressing human virus receptors and reducing avian virus receptors by using the gene-editing tool CRISPR-Cas9. They found that these cells, which they call hCK, better mimic those found in the human upper respiratory tract.

The researchers also learned that H3N2 viruses grow faster and in higher amounts in hCK cells compared to MDCK and AX4, and in the new cell line, the team could more reliably recover virus particles that came from patient samples.

Importantly, the H3N2 viruses were also far less likely to mutate in regions of the virus important to its function in vaccines.

“This finding is quite important in both public health and in vaccine production,” Kawaoka says.