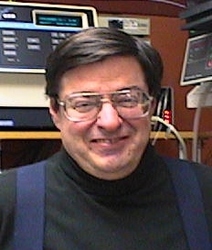 Born on February 6, 1948, Professor Brownfield earned his undergraduate degree (Zoology, 1972) and a master’s degree (Anatomy, 1977) from Colorado State University. He developed an interest in neuroendocrinology and hypothalamic function working with Dr. Gerald Kozlowski and received his Ph.D degree (Anatomy, 1979) from Colorado State University. From 1968-1978, he also worked as a medical, surgical, and orthopedics nurse at Loveland Memorial Hospital in Loveland, Colorado. He was a postdoctoral fellow with Dr. William Ganong at the University of California-San Francisco where he studied serotonergic neurons, angiotensin, and other neuropeptide hormones.

In 1982, Professor Brownfield became an Assistant Professor in the Department of Comparative Biosciences within the newly established School of Veterinary Medicine at the University of Wisconsin-Madison. His most important and influential work was in the physiological characterization of serotonergic neurons, as well as the localization and function of serotonin receptors. He was highly successful in the design, generation, and testing of antibodies to specific receptors in the brain, especially serotonin receptors. Several of the antibodies that he designed were sold by commercial companies for use by other scientists. The impact of his contributions to neuroscience is substantial when one considers how many hundreds of scientists have used his antibodies over the past several years. Professor Brownfield also collaborated with many other faculty at the University of Wisconsin-Madison while studying neuroendocrine regulation of body fluids, feeding and metabolism, and cardiovascular function.

As a teacher, Professor Brownfield helped to develop the curriculum for the new veterinary school, particularly in the fields of endocrinology and physiology. He taught Endocrine Physiology to every veterinary student who graduated from the School of Veterinary Medicine from the first class that entered in 1983, through the spring of 2016, his last semester before his retirement. He was particularly devoted to providing research opportunities for undergraduate students at the University of Wisconsin-Madison. During a typical semester, Professor Brownfield often had 2-3 undergraduate students working in his laboratory. Accordingly, in 2016, Professor Brownfield was nominated for the university’s Award for Mentoring Undergraduate Research Students. Professor Brownfield provided a warm approachable environment in the laboratory that allowed students to freely and openly discuss their career goals. In many cases, Dr. Brownfield’s discussion and advice proved to be instrumental in advancing the students’ academic careers. Many of his undergraduate students presented posters locally on campus, as well as at national science meetings, and several students have won awards for their presentations. After his retirement and at the time of his passing, he had continued to direct his research laboratory and advise undergraduate researchers.

Professor Brownfield was beloved by his many associates and colleagues. He will be remembered for his caring spirit, sense of humor, and unassuming manner. He was helpful, thoughtful, supportive, and friendly to his colleagues and students. He had limitless generosity in sharing the secrets of successful immunocytochemistry and endless patience while training undergraduates in his lab. He always had time to listen and to talk about science, whether it was neuroendocrinology or astronomy. 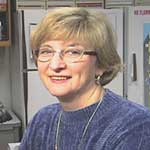 Dr. Ingegerd (Inge) Keith, Professor Emeritus in the Department of Comparative Biosciences in the School of Veterinary Medicine at the University of Wisconsin-Madison, passed away on May 15, 2019.

Born on June 14, 1941 in wartime Sweden, Professor Keith earned her undergraduate degree (Zoology, 1968) and master’s degree (Zoology, 1971) from the University of Stockholm. She received her Doctorate in Human Medicine (M.K. degree, 1976) from the Karolinska Institute in Stockholm, Sweden. She developed an interest in neuroendocrine cells in the lung, and the effects of hypoxia while working with Dr. James Will in the Department of Veterinary Science at the University of Wisconsin-Madison. She received her Ph.D. degree in 1980, and briefly continued as a postdoctoral fellow in the Cardiopulmonary Group.

Professor Keith’s most important and influential work was in respiratory biology and the physiological roles that neuroendocrine cells perform in the lung. In particular, she examined the response of lung neuroendocrine cells to hypoxia in adult and newborn animals. In addition, she looked at the effects of various toxins on these cells, including nicotine, diesel exhaust, asbestos, and bacterial endotoxins. She was also an active collaborator, and contributed to research involving wildlife, bladder function, prostate biology, and cancer. As a teacher, Professor Keith helped develop the curriculum for the new veterinary school in Veterinary Histology and taught in that class from 1983 until her retirement in 2001.

Professor Keith was particularly active in promoting women in scientific research and academia, and served on the advisory board for the “Women and Science” committee at the University of Wisconsin-Madison. In 1994, she was recognized for her service and was given the American Association of University Women (AAUW) Wisconsin Equity Initiative Award, and the Leadership in Education Award. She was a Facilitator for Women and Science Distance Education Programs from 1998-2001.

Professor Keith was beloved by her many associates and colleagues. Proud of her Swedish heritage, she spent parts of many summers in her family’s cabin adjacent to the King’s Forest Wilderness Area in Sweden. More locally, Professor Keith spent time in a rustic cabin on Chambers Island in Door County, Wisconsin, where she and her family could fish and sail back-and-forth to the mainland. With her love of the wilderness, Professor Keith and her husband, Lloyd, bought a gold claim on Vancouver Island, British Columbia, and panned for gold with some success. Professor Keith was a deer hunter who shared her fall hunting adventures with her colleagues, describing how her deer stand was equipped with an extension cord to keep her coffee warm and operate her electric blanket! Her other hobbies included silversmithing, stained glass work, weaving, rock hounding, gardening, and home remodeling/restoration.

Professor Keith is survived by her husband, Lloyd Keith, Emeritus Professor in Wildlife Ecology, her beloved children, and great- and grandchildren. 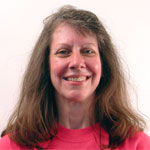