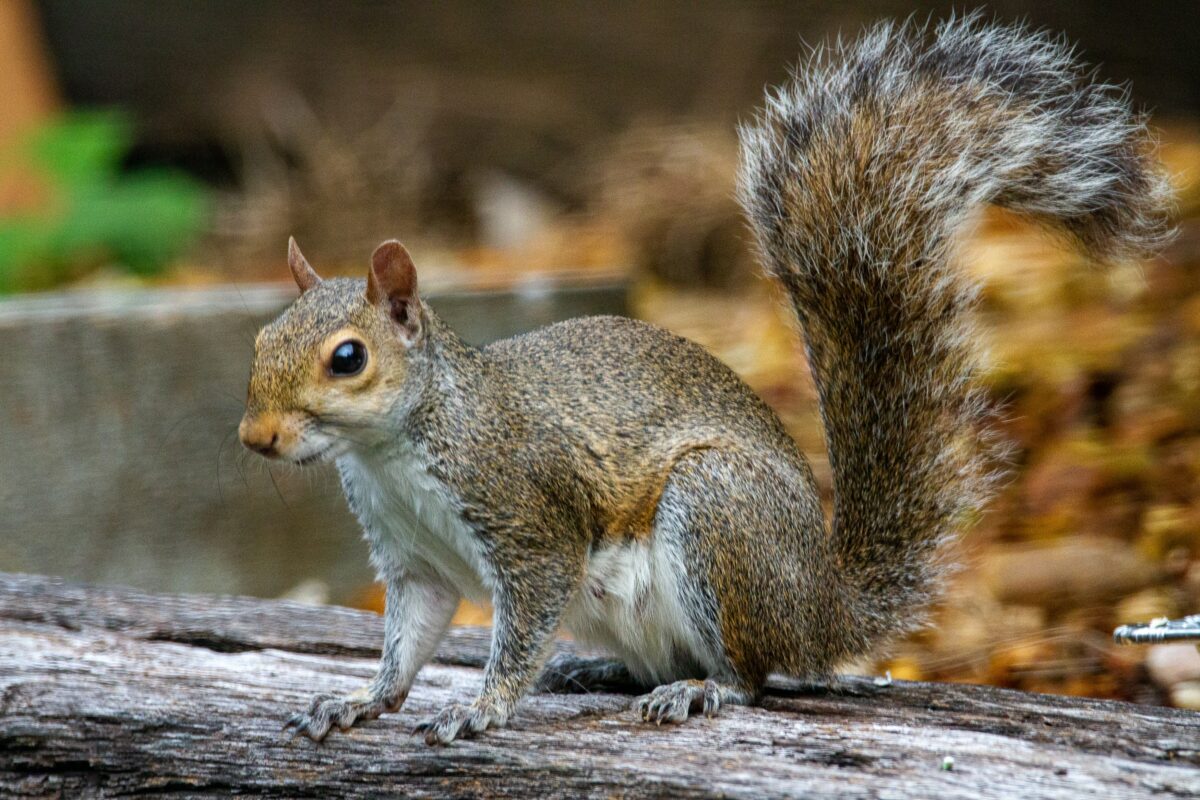 As soon as you step outside, you’re likely to see a squirrel scurrying up a tree or scavenging for seeds. These common, wild rodents might easily slip under your radar, but National Squirrel Appreciation Day (Jan. 21) is an occasion to notice and celebrate the vital role these tiny creatures take on in healthy ecosystems.

Squirrels are natural gardeners in oak savannas and prairies. In Southern Wisconsin, their stewardship is especially important because various native types of grassland are endangered.

“Oak savanna habitats are really planted and maintained by squirrels,” says Erin Lemley, a wildlife veterinary technician at Dane County Humane Society’s (DCHS) Wildlife Center, where the UW School of Veterinary Medicine (SVM) provides medical care to animals. “The plants are spread by squirrels moving and burying acorns and not coming back for them.” 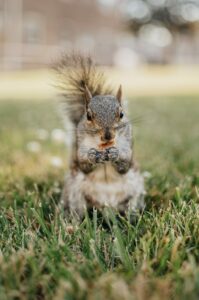 However, despite their abilities and qualities in the wild, squirrels should never wind up as pets. Lemley and her colleagues at the Wildlife Center have seen a recent uptick in people keeping and attempting to raise squirrels illegally.

“People think they can easily rehabilitate a wild animal by themselves,” Lemley explains. “But when you don’t have the right training, and you’re not familiar with all the skills you need, either you can cause a problem that makes the animal sick, or you can raise an animal that doesn’t have an appropriate fear of predators, including humans. Because they’re not afraid of humans, they become aggressive when they don’t get what they want or when trying to communicate.”

“Most of the patients we’ve met come to us not because something bad happened in nature, but because they had some sort of human interaction that caused them to become injured or orphaned. So we feel that we are just giving back and trying to undo some of the damage caused to the environment.”

Lemley and the team at the Wildlife Center are currently working to make three squirrel patients, who had been kept by private residents, “wild” again ahead of anticipated release. The technicians shake cans filled with pennies whenever they enter the room as a form of “mild hazing,” the goal being to make people appear less friendly to the squirrels. The technicians also spread out feeding schedules to destabilize the animals’ expectations about human interaction. Ultimately, they seek to restore balance to ecosystems that depend on squirrels.

“Most of the patients we’ve met come to us not because something bad happened in nature, but because they had some sort of human interaction that caused them to become injured or orphaned,” Lemley says. “So we feel that we are just giving back and trying to undo some of the damage caused to the environment.”

For more than seven years, the UW School of Veterinary Medicine’s Zoo Medicine group has delivered medical care to the thousands of native wild animals served annually by DCHS’s Wildlife Center. The center provides care to injured or orphaned native wild animals with the goal of releasing healthy animals back into their natural habitats. This partnership with the SVM also helps prepare UW veterinary medical students to provide medical care for wildlife and work with licensed wildlife rehabilitators as they enter their careers.

To celebrate National Squirrel Appreciation Day, Lemley encourages admiring the animals from a distance. Without our interference, squirrels can continue to tend and improve the natural world.