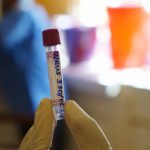 In a comprehensive and complex molecular study of blood samples from Ebola patients in Sierra Leone, published today (Nov. 16, 2017) in Cell Host & Microbe, a scientific team led by the University of Wisconsin–Madison has … 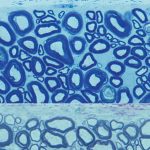 In the central nervous system of humans and all other mammals, a vital insulating sheath composed of lipids and proteins around nerve fibers helps speed the electrical signals or nerve impulses that direct our … 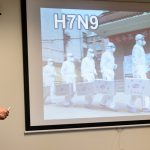 In 2013, an influenza virus that had never before been detected began circulating among poultry in China. It caused several waves of human infection and in late 2016, the number of people to become … 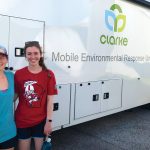 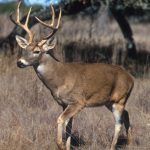 More than half a million hunters will take to Wisconsin’s woods and fields this fall in pursuit of white-tailed deer, the state’s iconic big game animal. If trends continue, nearly 100,000 of those hunters …

A contagious illness among dogs at Dane County Humane Society (DCHS) was identified early this week when several dogs showed symptoms such as coughing, nasal discharge, sneezing, and lethargy. While a few dogs became markedly ill, the majority have had only mild to moderate clinical signs. The shelter, a longtime partner of the University of Wisconsin–Madison School of Veterinary Medicine, worked closely with the school’s Shelter Medicine Program to diagnose and stop the spread of the illness. No unusual clinical signs have been noted. Dogs at DCHS who displayed symptoms of respiratory disease have tested positive for parainfluenza, a common canine virus, and mycoplasma, a bacteria that is also commonly found as a component of “kennel cough.” Many people may confuse parainfluenza with canine influenza (the flu), but the two viruses are unrelated. Parainfluenza is one of a number of viruses that may commonly cause respiratory disease in dogs and is a component of common “core” vaccines given to dogs. “Because clinical signs of the two viruses may be similar, there was some initial concern about influenza,” says Sandra Newbury, clinical assistant professor at the veterinary school and director of the UW Shelter Medicine Program. “Thankfully, all DCHS dogs tested have tested negative for influenza (the flu).” The UW Shelter Medicine Program is coordinating with the shelter and the Wisconsin Veterinary Diagnostic Laboratory (WVDL) to test and manage the cases. Expedited testing services by the Sample Receiving and Virology and Molecular Diagnostics departments at WVDL helped to speed the reaction. “The shelter was on top of this very quickly,” says Newbury, who has been leading the response assisted by Alex Ellis, the UW Shelter Medicine Program’s Maddie’s Fund Shelter Medicine Resident. “We’re not concerned at this point that this is something new or unusual. The dogs who have become ill are all recovering and responding well to treatment.” The shelter has taken precautionary measures to minimize exposure, such as separating sick, exposed, and newly arrived dogs into three different areas, and temporarily halting all dog adoptions. But they do not believe there are reasons to be concerned about the health of dogs in the community. No other species of animals at the shelter have shown signs of infection nor are expected to. “We don’t have any reason to believe that this will pass between dogs and cats or other species,” says Newbury. Dog adoptions at DCHS will re-open on Saturday, Sept. 9, with special protocols to help minimize the risk of spreading the respiratory disease. The shelter and satellite centers are also open for adoptions of cats and critters. As an additional cautionary step, the UW Shelter Medicine Program is helping DCHS to contact those who have recently adopted dogs from the shelter, to recommend avoiding contact with other dogs for 10 days and to share clinical signs of infection that owners can watch for in case of exposure. “It may be that some dogs who have already been exposed will continue to come down with clinical signs, but we hope that no further dogs will be exposed,” Newbury says. “We are not seeing unusual respiratory disease currently in the community.” Pet owners whose animals show signs of coughing, nasal discharge, lethargy, or fever should contact their veterinarian for instructions. The UW Shelter Medicine Program and WVDL have helped to identify and manage several previous outbreaks among shelter dogs and cats. Most recently, last December the program and WVDL identified the influenza A strain involved in an outbreak among cats in a New York City animal shelter and helped to manage the situation. Shelters should contact the UW Shelter Medicine Program with testing inquiries. More details about the program’s partnership to provide diagnostic testing for shelters can be found on its diagnostic testing webpage. Any questions regarding adoptions at Dane County Humane Society can be directed to the Adoption Center at 608-838-0413 ext. 145. More information about dog adoptions can be found at giveshelter.org. Meghan Lepisto 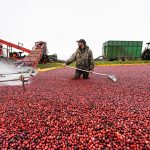 The “Wisconsin Idea,” often described as the most succinct explanation for the university’s role in the state of Wisconsin, will be dissected on campus during 15 lectures this fall in Sociology 496:  “FORWARD?  The Wisconsin …

Faculty in the UW School of Veterinary Medicine will launch 12 new research projects aimed at improving animal health care thanks to grants from the school’s Companion Animal Fund and Equine Fund. The Companion Animal …

Saliva is no way to pass a Zika virus infection. According to researchers at the University of Wisconsin–Madison who conducted studies with monkeys, casual contact like kissing or sharing a fork or spoon is not …