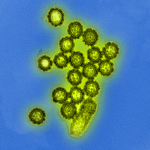 By Kelly April Tyrrell On January 31, 2019, an 11-year old boy in Japan went to a medical clinic with a fever. The providers there diagnosed him with influenza, a strain called H3N2, and sent … 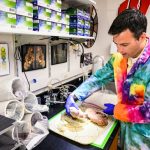 A chemical commonly used in consumer and agricultural products to boost the effectiveness of insecticides has been linked to a rare birth defect in mice. The chemical, piperonyl butoxide or PBO for short, is widely used as a “synergist” in household and agricultural insecticides to make the toxic effects of the insecticide longer lasting and to reduce the amount of actual insecticide in a product.
Despite its widespread and growing use, as well as its ubiquity in the environment, the chemical has been little studied. Now, a team led by Robert Lipinski, a professor of comparative biosciences in the University of Wisconsin–Madison’s School of Veterinary Medicine, reports that PBO interferes with the critical signaling pathway dubbed by scientists as sonic hedgehog, resulting in stunted forebrain development and signature facial abnormalities. The study is published this week (Oct. 23, 2019) in the journal Environmental Health Perspectives. 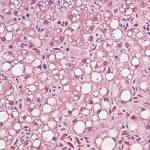 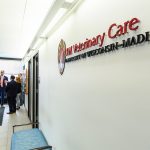 A $15 million gift from the Wisconsin Alumni Research Foundation will support the School of Veterinary Medicine Building Project at the University of Wisconsin–Madison. The project will include a new building located in what is …

Millions of people with severe burns or diabetic skin ulcers could benefit from an experimental enhancement to a next-generation covering that is already healing difficult wounds. A $1.5 million, two-year Small Business Innovation Research grant announced today will test whether adding gallium metal ions to an ultra-thin material carrying antimicrobial silver can defeat the “biofilms” that shield bacteria from antibiotics. Under the new grant, silver plus gallium will be tested on full-thickness wounds in the UW–Madison School of Veterinary Medicine.
Scientists at the University of Wisconsin–Madison School of Veterinary Medicine have created a diagnostic imaging tool that could help prevent horse injuries through early detection and monitoring: a standing helical computed tomography (CT) scanner named Equina. It is the first CT scanner on the market to vertically scan the lower legs of a standing, sedated horse and also the first dual-purpose standing CT machine. This means it can scan up and down a patient’s legs and move horizontally to scan the head and neck – three areas of the body where CT is advantageous in teasing out anatomical intricacies.

New tools for editing genetic code offer hope for new treatments for inherited diseases, some cancers, and even stubborn viral infections. But the typical method for delivering gene therapies to specific tissues in the body …

Following news from the Wisconsin Department of Agriculture and Consumer Protection (DATCP) in early August that 2019’s first case of Eastern equine encephalitis was detected in Wisconsin, another horse in Wisconsin was diagnosed with a separate disease called equine infectious anemia. It is the first time in 15 years this often-fatal blood-borne disease has been found in the state. 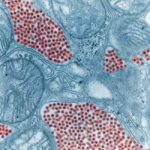 The first detection of Eastern equine encephalitis in Wisconsin in 2019 was announced last week by the Wisconsin Department of Agriculture and Consumer Protection. A 22-year-old quarter horse mare from Barron County was euthanized after …