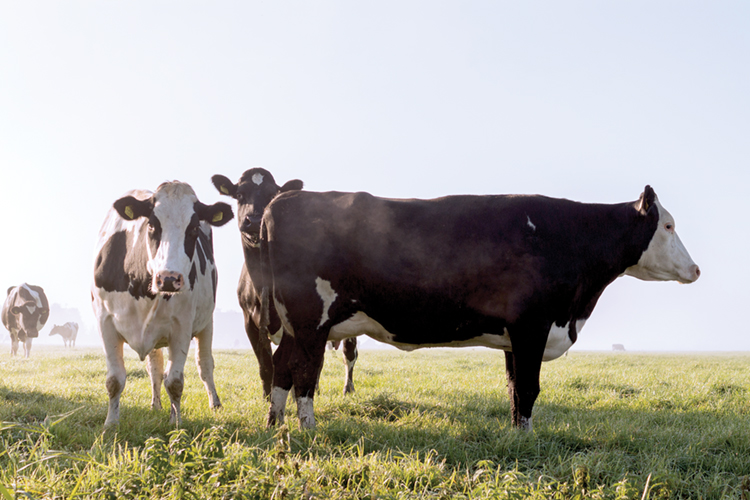 Wisconsin's livestock industries contribute more than $50 billion annually to the state's economy. Upholding these markets and minimizing the financial consequences of disease outbreaks are a major focus for the state's Division of Animal Health.

Safeguarding animal health, public health, and Wisconsin industries is all in a day’s work for state veterinarians

Health concerns can keep any of us up at night. But for Paul McGraw DVM’88 and Darlene Konkle DVM’93 — the Wisconsin state veterinarian and assistant state veterinarian, respectively — disease and its potential impact is an ever-present worry.

[quote]In veterinary medicine and in our office, it has become clear that animal health, human health, and environmental health are all connected — the idea of one health.”

“Estimates are that a foot-and-mouth disease outbreak would cost the U.S. economy over $200 billion in 10 years in lost sales to beef, pork, corn and soybeans,” explains McGraw. “That’s a devastating disease.”

While the virus was eradicated from the United States in the 1920s, it still circulates in two-thirds of the world. Amidst today’s global connectivity and recent U.S. outbreaks of other foreign animal diseases, reentry of foot-and-mouth disease is not out of the question.

“As our world has continued to become more mobile, with agricultural products imported between countries and populations moving, we know that those risks are there,” says McGraw. “That certainly does not help state veterinarians sleep any better.”

It is threats such as these that McGraw, Konkle, and more than 40 office and field staff in the Wisconsin Department of Agriculture, Trade and Consumer Protection’s Division of Animal Health work to monitor for and fend off. The office advances a critical mission: to safeguard animal health, public health, and animal industries in Wisconsin utilizing the best available science and public policy. From fish to horses to farm-raised deer, this includes the surveillance of animals for disease and, should a risk emerge, managing its swift containment or eradication.

Much is at stake in protecting Wisconsin’s livestock, companion animals, and human residents, as well as the state’s culture and economy. Agriculture industries alone contribute $88 billion annually to Wisconsin’s economy, with livestock accounting for nearly 60 percent of that total. Upholding the state’s agricultural export markets and minimizing the financial consequences of any outbreaks are a major concern for McGraw and Konkle.

“Disease is the one thing that can stop the export market and that’s been demonstrated with avian influenza,” says McGraw.

In 2015, Wisconsin was one of 16 states that experienced an epidemic of highly pathogenic avian influenza, or bird flu. In total across the country, approximately 50 million poultry, including chickens, turkeys, and pheasants, were infected with the virus. “That was our biggest animal disease response to date in Wisconsin and it was for the country too,” says Konkle.

In the wake of the outbreak, foreign nations blocked poultry and poultry products from affected U.S. states and sometimes the whole country. Many of these export bans are still in place today.

“That’s a really big deal,” says McGraw. “A big part of what we do is try to control that disease to get that market open again.”

To prevent a similar scenario in other species, the office is working in coordination with the Wisconsin Pork Association, Wisconsin Milk Marketing Board, and other industry groups to gauge and prepare for emerging threats. A recently launched swine health program in the state, for example, will require testing and institute quarantine and herd planning protocols for two diseases: porcine reproductive and respiratory syndrome and porcine epidemic diarrhea virus, which in 2013, in its first appearance in the United States, caused the death of approximately 9 million baby pigs across 38 states.

“The industry came to us and said we want help, so we’ve been able to partner with them to develop regulations,” says McGraw.

McGraw, Konkle, and the Division of Animal Health’s veterinarians, inspectors, compliance staff, and other personnel utilize an arsenal of defenses against outbreaks. These include frequent workshops and drills on disease control and prevention and emergency preparedness for staff and collaborators; the administration of licenses for those who raise, sell, or transport animals in Wisconsin; and the enforcement of regulations requiring a veterinary examination and health certificate for all animals entering the state.

“We have health requirements and identification requirements so we can do trace-back when we do find a disease,” says McGraw.

As a recent example, when the office learned that 18 beef cattle in two Wisconsin herds may have come from a tuberculosis-infected facility in South Dakota, a review of the cows’ health papers allowed for swift tracking and testing. In addition, in the aftermath of last year’s hurricanes in Texas, Florida, and Puerto Rico, staff have coordinated with local humane societies and animal rescue organizations to uphold Wisconsin import requirements preventing the entry of heartworm-positive dogs into the state, unless the animal has received the approved treatment protocol and veterinary inspection — helping to both protect the companion animals already in the state and safely aid in the relocation of displaced pets.

On the other hand, when regulations are not followed, disease response can be stymied and health threatened. In the spring of 2017, a strain of hantavirus was detected in rats in Wisconsin after an investigation revealed that the people who became sick and were hospitalized with the virus also owned or bred pet rats.

“In this case, some of the rats did not have proper documentation — an example of why we require health papers, so we can assist with traceability,” explains McGraw. “If they all had that health certificate, it would have helped our public health partners identify other potential rat owners. That disease was a public health risk.”

In 2016, for instance, during an outbreak of multidrug-resistant Salmonella Heidelberg across several states, an epidemiological investigation revealed that all of the infected people shared a common contact with dairy bull calves that originated in Wisconsin. McGraw and his office were alerted and took steps to determine if certain practices at the farms of origin may have contributed to the bacteria’s antimicrobial resistance. As follow-up, the office is also now working with the U.S. Department of Agriculture, Wisconsin Veterinary Diagnostic Laboratory, and farms in the state to further identify and prevent potential risk factors.

“There are opportunities here with stewardship of antimicrobial use, so we don’t get into a situation where animal agriculture is contributing to resistance,” says McGraw.

A Chance to Help 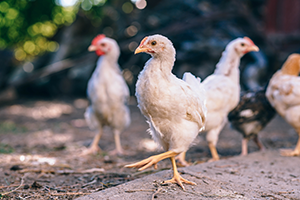 The Department of Agriculture, Trade and Consumer Protection established the Wisconsin Animal Response Corps to respond to disease outbreaks and natural disasters or other emergencies. The corps consists of specially trained veterinarians, veterinary technicians, and veterinary students; livestock producers; animal caregivers; and animal handlers. Learn more about the program and ways to get involved.

“In veterinary medicine and in our office, it has become clear that animal health, human health, and environmental health are all connected — the idea of one health,” adds Konkle. “We’re constantly on the lookout for changes, adapting, and trying to be on the forefront of best practices to move animal health and public health further forward.”

From the Wisconsin Department of Natural Resources to UW Extension to the Wisconsin Veterinary Medical Association, a number of other partner agencies help to bolster the office’s efforts through education, outreach, and more.

Veterinarians in private practice are also a critical ally. “We rely on well-trained, observant private veterinarians to be the eyes and ears on the ground and to let us know if they see something unusual and want us to take a look,” says Konkle.

Both McGraw and Konkle emphasize the value in raising awareness of connections to regulatory medicine among today’s veterinary medicine students.

“Having the opportunity to get into classrooms throughout their four years in vet school has really helped us get the message out that they’re our partner and will be when they get out to practice,” says McGraw.